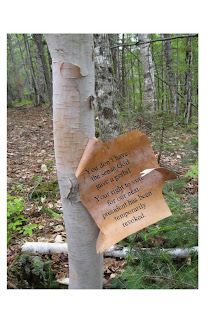 Posted by laurie in maine at 3:00 PM No comments: 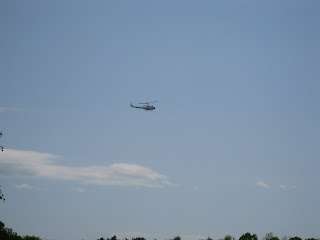 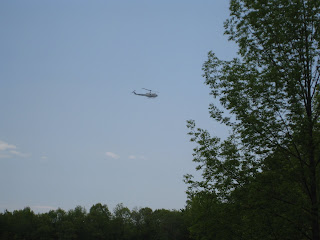 Thick enough you can't see the end of our field.

"Any known reports of fires in our neighborhood?"
"Any burn permits allowed today, with this wind? Surely not!"

And then within 10 minutes every firetruck and rescue vehicle from two towns arrived to take a look. Screaming sirens and all.

(At this point husband suggests they're coming after me for a false alarm.)

There's still smoke so I walk out to the road just as one of our volunteer fire fighters circles back around and I ask "what is it?"

More screaming sirens arrive. So at least they think "it's something".
I shouldn't need bail or anything! Time they put a plane up to take a look I suggest to husband...

The helicopter has been circling for an hour. The whop, whop, whop is getting on my nerves. Smoke has cleared, although the wind is still gusting.

My guess is the train that went by a few hours ago set off sparks. We'll see.
Maybe I should go put some air in that tire that's almost flat on the jeep.
Just in case.
Posted by laurie in maine at 2:24 PM No comments: 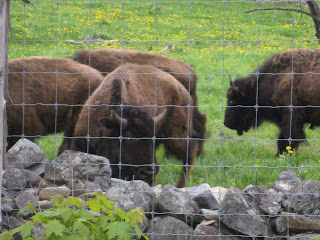 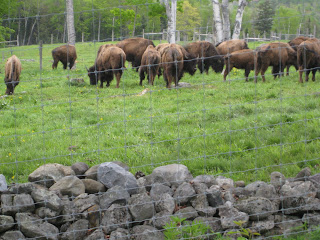 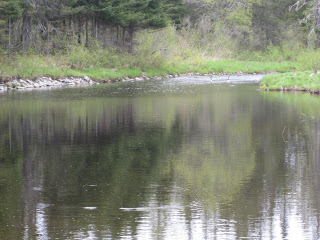 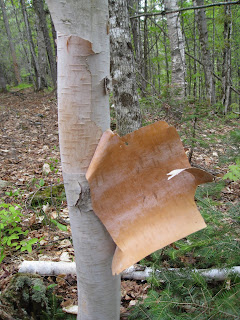 Somewhere. It may have been during that section of drive where HE was "going to turn around in 5 miles if this road doesn't come out."

Luckily, we were just a couple of miles north of where we started.
But not the shortcut HE thought we were on.


"Hey look, a hiker pinned a note to the tree."

Well, that's what I thought the bark hanging off the birch tree from a distance was. Seems like a good idea though, if you knew someone was coming behind you.

I think I'll photo shop a message.
Perhaps, "I'm sorry (I said) you don't have the sense god gave a gerbil."

(Parenthesis make a big difference to the meaning, don't they? :)
Posted by laurie in maine at 5:27 AM No comments:

It was a Memorable Day 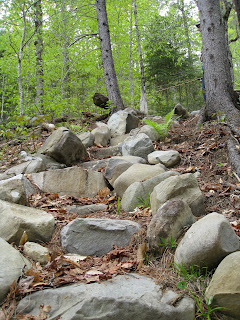 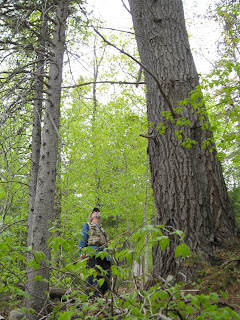 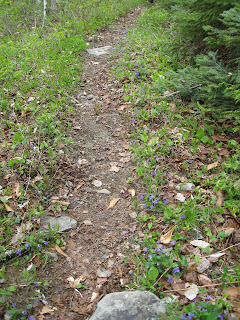 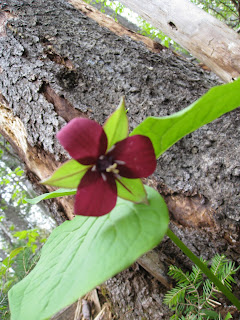 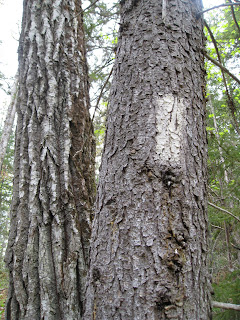 Tom and I went hiking & fishing along a section of the Appalachian Trail.

(I caught the 1st fish - a bragging right I enjoy and only achieve by sneaking ahead of him to a better pool!)

We joined a section of the trail by driving miles and miles of dirt roads beyond Blanchard - perhaps at the edge of the 100 mile wilderness along the Piscataguis river.

The promising sunny morning turned cloudy and it sprinkled a bit off & on. Fishing was slow and as we approached the "best pool" 2 men were already fishing there. One of them admitted to having 4 so we got back on the trail and hiked a half hour ahead of them to give them their space. And find some river not yet fished that morning. Hiking was excellent and although my feet went numb with the first river crossing...it wasn't so bad after the first dip.
Posted by laurie in maine at 6:19 AM 1 comment: 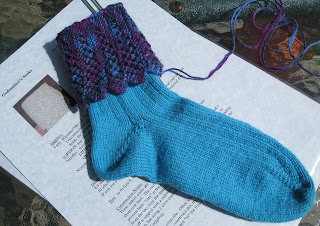 I finished the first sock from Sock Madness 2 - Round 6 pattern.

I LOVE this pattern. New techniques, well written pattern explained wonderfully on video. What more could you ask for?!

I haven't joined the cuff seam yet - will wait and do both at same time.

And then my head exploded!*

I swear. I got in a bubble.
I turned off the cable news and political talk shows and promised to just knit socks or work on this year's 14th Street Kindergarten Letter People.
A little gardening. I will weed faithfully and fight the deer treating my veggies as their personal salad bowl to the death.

Until Mom's Mother's Day lunch. My brother was bitching about the high cost of gas.
I said he could thank GfWB. (Dad scolded me for swearing.) Kevin (confessed 2 time Bush voter) declared he "didn't know how any of this could be blamed on Bush."
And proceeded with the right wing talking points against Obama. *

I told him his right to vote for our next President has been revoked because he doesn't have the sense god gave a gerbil.

If it hadn't been mother's day I would have walked home. And never gone back.
After half an hour of me cooling my jets outside. And waving off his first attempt to talk about it. We acted like it didn't happen.

Until it was time to go. (I kicked their ass at Scrabble.)
Got in the car. Like it was time for this day to be over.

Except my brother made me get out of the car to hug. And then he cried.