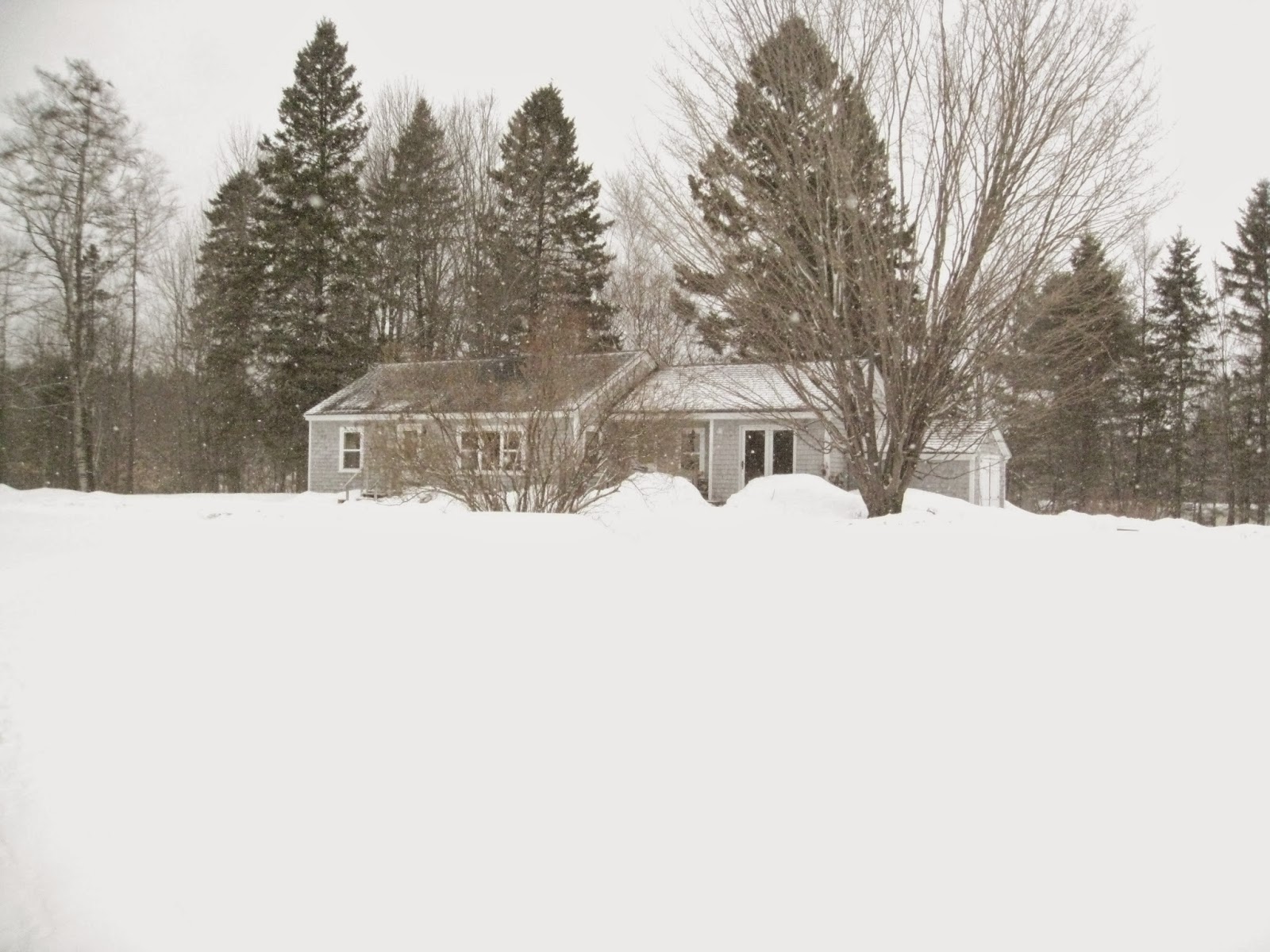 Photo is first day of spring.
It snowed again a few days later.

I'm ready to complain about the heat & black flies!! 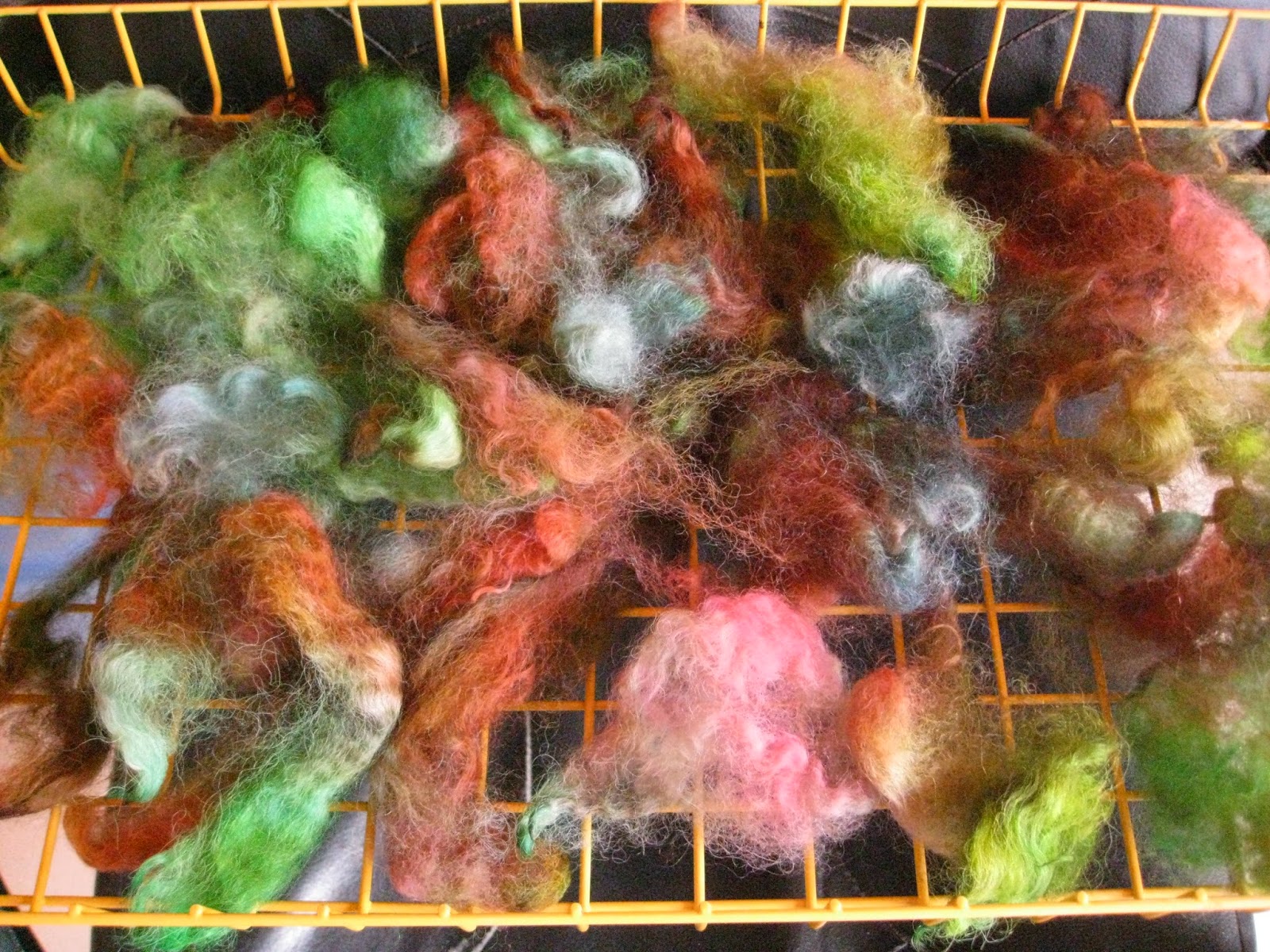 I went to my first Spin-In February 21st.
In Newport there was a room filled with spinning wheels and people spinning them.
I was there by myself - a little frightened - when some lovely ladies welcomed me into their group.  They all raised angora bunnies and were the friendliest bunch!

Lots of vendors were there selling fiber. 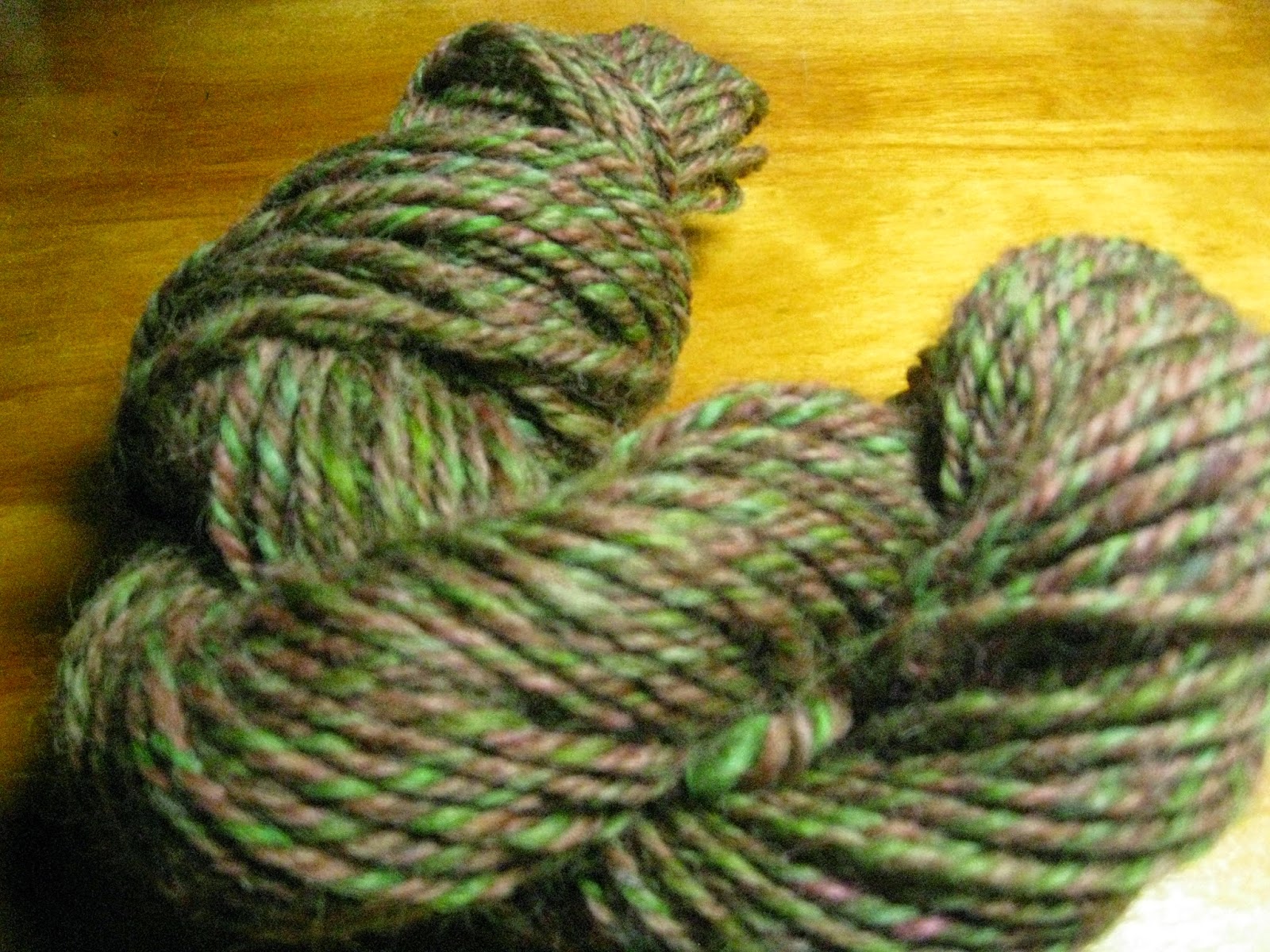 I came home with a roving in fall colors, some alpaca, llama (that I won) and some green dyed locks (which I would have left had I known how awful it was.)  Almost impossible to pull apart. Felted. Cotted? Don't know! Whatever it was... it kind of sucked. I managed to get 2 skeins spun of 3-ply by spinning thicker and letting the lumps and bumps go by.  Sort of. It's not really in my nature to let that perfectly awful clump stay put. NOT stopping every few inches to pick it off was a challenge.
It should be good for making some more felted bags and I'll consider it another lesson in not basing purchases on "ooh pretty!"
I really need to be more picky when buying fiber. 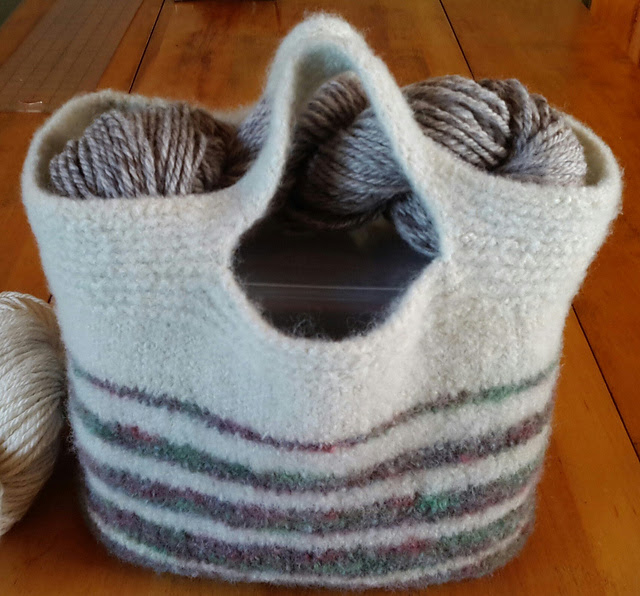 What I really want is a fleece fresh from a farm. Cut out the middle man and do it all myself.  Some WARM weather for drying it outside would be nice. 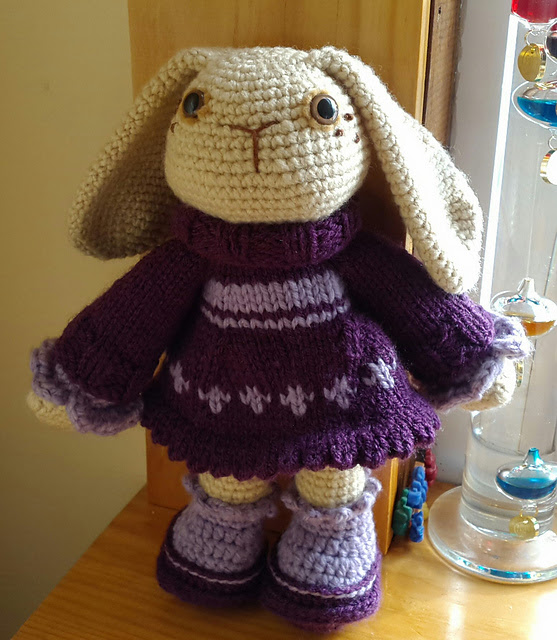 I finally got brave enough to try food color dyeing!
I also learned "pretty colors" blended together can make muddy, not quite what I expected colorways. It looked like a copper penny while spinning it, but the green of one of the plies really took over.

I found a free felted bag pattern that I followed the 2 color striping sequence for.
They are really quite addictive.  I've made 4!
I've been using some of my early handspun including the 20 year old stuff I practiced with.

I also made one of these bags in fleece from the 2 Lagrange farms locally.
Picture to follow next time camera is out.

I crocheted a bit...made 2 bunnies with requested purple sweaters. One still needs the face finished.

And I cast on for a sweater out of handspun. Hoping it fits.  A free pattern until the end of March.  My sweater attempt has become a UFO about to be ripped out as a bad idea. Not to mention freaking boring.

Very cute bunny! Hope all that snow goes away real soon; you've had quite enough. Looks like you've been very busy crafting though.

Hoping you have warmer weather now. Time for Spring to come and stay! :) Hummmm...... might have to see if my sisterinlaws would save you a fleece! They each have several different breeds...not sure which ... I think they are Suffolk, Tunis, and maybe still have a few Corriedale. :)